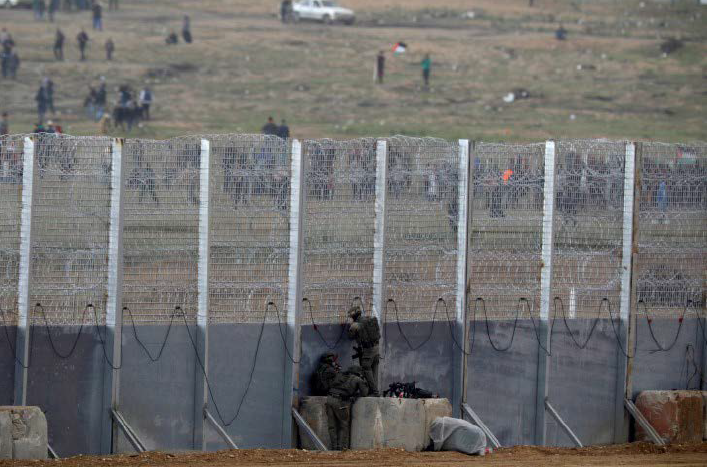 How much responsibility does the consumer bear for the purchase of products or services whose production violates human rights or the environment? And what about the government? This is the debate raised by the Observatory for Human Rights and Business in the Mediterranean and Shock Monitor Observatory with the video ‘Shopping with Hannah and Angela’. Using the theory of the banality of evil by the German philosopher Hannah Arendt, the observatories invite reflection on how the lack of transparency and political responsibility allows consumers to participate in the machinery of violations through purchasing without necessarily being aware of it.

When we cannot trust companies, the main responsibility is political

The video raises awareness of the responsibility of the individual consumer from the moment he or she is aware of the violation, but points out that the administrations are the main culprits, for not regulating or controlling the activities of the corporations “since it has been seen that we cannot trust the companies” that only pursue economic profit.

In the global economy, the production of products and services is often embedded in complex supply and value chains involving multiple companies and processes. This fragmentation, as well as the fact that large transnationals relocate their production to countries other than their headquarters or parent company, and the lack of an internationally binding legal framework that obliges them to respect human rights, dilutes legal responsibility for human rights violations.

As a result, both the private consumer and the authorities end up buying tainted products in whose production human rights have not been respected. This fact is more serious in the case of products or services acquired in public procurement processes, given that administrations should act with due diligence, which is the process by which a person or legal entity is investigated before signing a contract or economic agreement. Public procurement represents about 20% of GDP and therefore has an undeniable weight in the economy and capacity to shape the sector. Governments have an obligation to set an example, but nevertheless often purchase services and products that are tainted by violations.

According to Lina Maria Gonzalez, advocacy coordinator of the ODHE Observatory and 99.3% responsable campaign,

When products and services come from occupied areas such as the Occupied Western Sahara and the Occupied Palestinian Territories (OPT), the footprint of human rights violations is much more evident, as they are in themselves activities that fall within what we call “illicit economies”, i.e. business activities that benefit from a context that violates international humanitarian law, as stated by OHCHR in the publication of a Database of companies involved in economic activities in the OPT. Tools such as those made available by the United Nations should be sufficient to prevent governments from contracting the companies mentioned in this list until mechanisms of accountability, redress and guarantees of non-repetition have been provided to affected populations and communities.

The report “The Invisible Walls of Occupation. The Traceability of Magal Security Systems’ Products in the (Cyber) Security Supply Chains in Israel and Palestine” describes one such case. Magal Security Systems is an Israeli transnational and world leader in perimeter systems, intelligent fences and intrusion detection sensors.

It has a strong penetration in the Spanish market, through its subsidiary Magal S3 España and its products have been installed in airports (El Prat de Llobregat in Barcelona, Reus in Tarragona, Melilla, Zaragoza, Málaga), ports (Tarragona, Ceuta…), critical government infrastructures (such as the El Arenosillo Experimentation Centre in Magazón) and other industrial sectors (Red Eléctrica de España S.A, infrastructures of Enagas or Endesa).

“Magal’s activities not only contribute to the promotion and maintenance of illegal Israeli settlements in the West Bank and East Jerusalem, but also use that experience as a marketing claim,” says Felipe Daza, research coordinator of the Observatory for Human Rights and Business and Shock Monitor Observatory.

“In Magal’s case, its former CEO, Saar Koursh, has repeatedly pointed to the Gaza Strip as the largest showroom for his products, stating that ‘Everyone can present a beautiful Powerpoint, but few can show a project as complex as the one in Gaza that is constantly being put to the test'”.

Catalonia is the main pole of attraction for Israeli investment in Spain. The Public Agency for Business Competitiveness – ACCIÓ continues to promote the internationalisation of Catalan companies in Israel without informing the entrepreneurs themselves of the potential legal, financial and reputational risks and loss of public funds involved in investing in certain sectors with a potential negative impact on the Palestinian population and human rights. ACCIÓ’s technical office in Tel Aviv identifies the segments of cyber security, financial technologies and Smart City as business opportunities. In 2018, Israel was the guest of honour at the Smart City Congress in Barcelona.

The Observatory for Human Rights and Business in the Mediterranean and Shock Monitor Observatory are citizen initiatives promoted by the organizationsNOVACT and SUDS that aim to identify companies, learn about their practices and evaluate their respect for and compliance with human rights and current legislation on human rights.