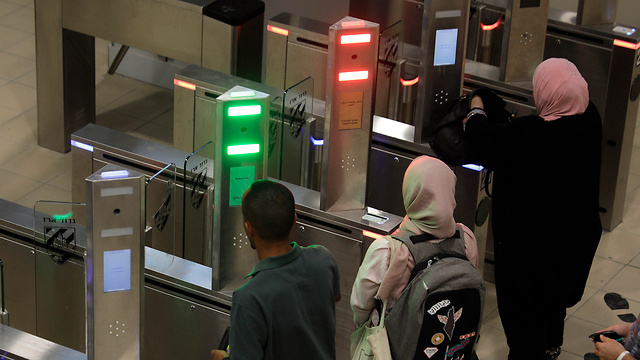 The  policy paper “Privatization of security, social control and gender impact in East Jerusalem” (available in Spanish) by the ODHE and Shock Monitor Observatories’ researcher Nora Miralles, analyzes the main gender impacts caused by the presence of PMSCs in East Jerusalem, those that affect the rights and freedoms of Palestinian women.

Since the annexation of East Jerusalem in 1967 by Israel, during the Six Day War, and the proclamation of the occupied city as “indivisible capital of the Jewish State” (Chiodelli, 2012: 6), declared contrary to the law and to International Law by the United Nations Security Council in resolutions such as 267 of July 3, 1969 [1], urban policies in Jerusalem have been oriented to unify, de facto, the city under a single command and its “de-Arabization”(Yiftachel, 2011), understood as the development of ethnocratic policies to veto the Arab population when it comes to accessing full citizenship. In this context, the securitization of the city, not only in terms of the deployment of means of mass surveillance, but also of public security policies or the criminalization of urban resistance and dissidents, has built differential relationships between residents considered deserving of protection and those labeled as a potential security threat.

The expansion of Military Private Security Companies, understood as “private corporations that provide military and security services” (Armendáriz, 2015), has been increasing progressively, since the 90s but especially since the second half of the 2000s, performing public functions of the State. In the case of East Jerusalem, with a growing role and development of functions in the design and management of surveillance and social control systems, in the protection of neighborhoods and colonist settlements, the checkpoints and the surveillance of public institutions, prisons, monuments and transportation infrastructures.

The result of these security privatization policies is a serious impact on the human rights of the Palestinian population of East Jerusalem, as a result of this expansion and reinforcement of social control, securitization and the process of privatization of security, which affects specifically – due to the already conflictive relationship between security and gender – Palestinian women, aggravating the discriminatory dynamics present in public security policies and agencies.