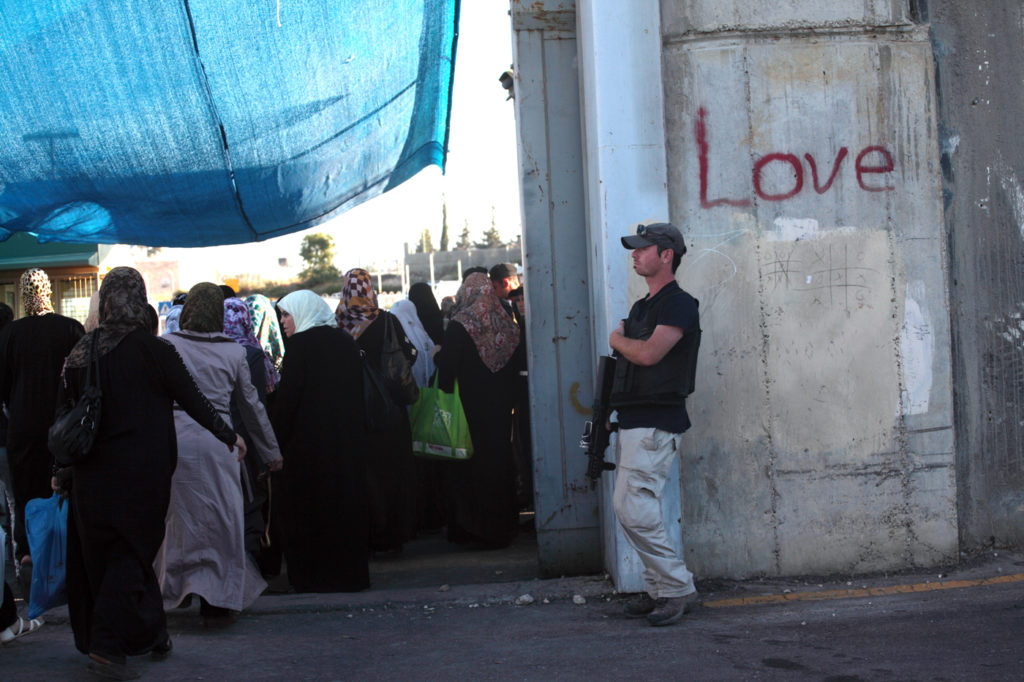 On the 2nd May this year 2016, two Palestinian siblings were shot by security guards at the north Jerusalem checkpoint of Qalandiyah according to the Justice Ministry department that investigates police officers. “The killing of Maram Abu Ismail, a 23-year-old mother of two small children, and her brother Ibrahim Taha, 16, raises questions and serious suspicions”, Israel’s newspaper Haaretz stated.

“After refusing to release video footage from the security cameras at the scene, the police claimed that the video is needed for the investigation and cannot be released. This contradicts their behavior in similar instances in the past when police spokesmen hastened to released security camera footage when it served police purposes.”

“The shots that killed the siblings were fired
by security guards standing nearby.”

According to police, at a certain point Abu Ismail took a knife out of her bag and thrust it toward the policemen. According to the Justice Ministry department, a policeman standing at the checkpoint then followed arrest procedures by firing in the air, but the shots that killed the siblings were fired by security guards standing nearby. The police argue that two more knives were found on the siblings’ bodies.

Palestinian eyewitnesses described a decidedly different sequence of events to Haaretz: “They say that a policeman or security guard fired at the woman from a distance of some 20 meters (65 feet), proof that she was no danger to anyone. According to this testimony, the brother tried to pull his sister back to save her, and either police or security guards then shot and killed him as well. If these testimonies are correct, there was no need to kill the two siblings. Witnesses also said Palestinian medical personnel was not permitted to approach the two.

The doubts and suspicions can only be dispelled by the footage from the checkpoint’s security cameras. That’s why the police must release it immediately. If the double killing was indeed necessitated by the circumstances, the police must prove this quickly. If this was another case of unnecessary execution, those responsible must be prosecuted.”

The case of Elor Azaria, the Israeli soldier who shot a subdued and wounded Palestinian assailant in Hebron in March, proved how important exposing the truth through video documentation can be.